8 Reasons Why You Should Listen to Classical Music

Classical music is not everyone’s cup of tea. For many, they think it’s for old people because it’s boring and, most of the time, doesn't have any lyrics. But even though it caters to a niche market, it has been around since time immemorial and would for sure last until the world has music. Classic music is not only calming to the ears but it also benefits the listener, both mentally and physically.

But what exactly is it? Oxford Learner’s Dictionaries defines classical music as “music written in a Western musical tradition, usually using an established form. Classical music is generally considered to be serious and to have a lasting value.”

Classic FM defines it as “powerful combinations of instruments, melody, and harmony that make up the canon of Western music history.” The site analyzes that this type of music may be called “classical” to pay respect to the likes of Mozart, Haydn, Bach, and Beethoven during the Classical period. The works of these artists have greatly influenced the “classical” sound wherein most instrumental, chamber, orchestral, and operatic forms of music that we hear today are inspired by or drawn from their compositions.

You may not be aware you’ve heard one of these in your lifetime but we’re betting 98% of you already did. Some iconic pieces include the following: J.S. Bach: Suite No. 1 in G major for unaccompanied cello, Ludwig van Beethoven: Symphony No. 5 in C Minor, Johannes Brahms: Piano Quartet No. 1, Op. 25, and the Frédéric Chopin: Nocturne in B-flat minor, Op. 9, No. 1. These pieces combine the sounds of the piano, violin, cello, and organ.

Now that you have an idea of the classical music we are specifically talking about, we want to convince you to add songs from this genre to your daily playlist for the betterment of your mental and physical health. If you need to calm down, studies prove that the tunes and structure of most classical music songs have the power to calm any listener’s brain. Here are some ways on how classical music could turn your everyday life around for the better: 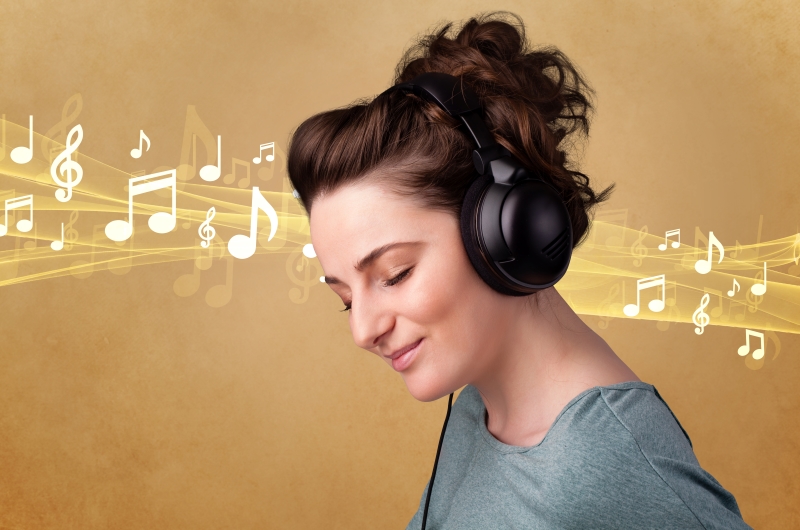 Trying to calm down at this very moment? A quick fix is to listen to classical music. A 1993 study enlisted a select group of students to listen to Mozart before an exam. They performed significantly better than the other group of their classmates who didn’t. The study in focus called it the Mozart effect or the ability of classical music to make someone smarter. In truth, the Mozart piece helped the mind relax, making one more confident to confront an incoming task with confidence. Classical music strips away nervousness and relaxes your mind to put it in a calm disposition. 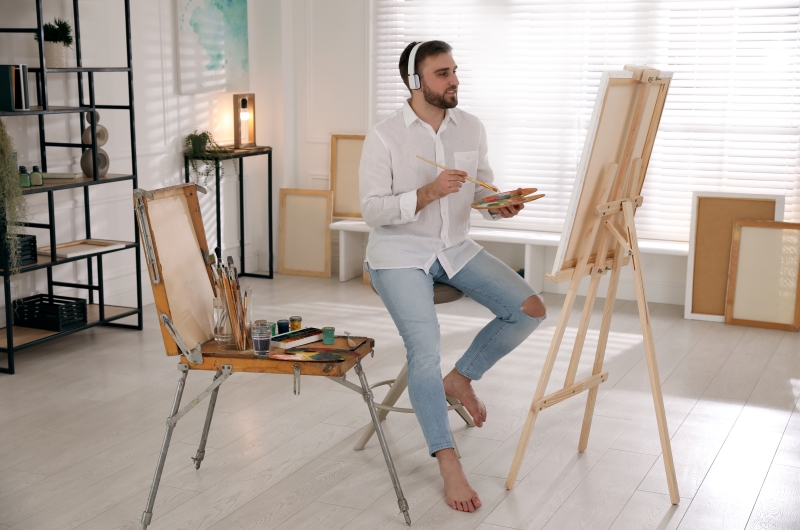 Because the brain’s functions are improved during and after listening to classical music, it naturally opens it to easily develop new ideas and pathways to process and store them. Simply put in your Google search bar, “classical music stimulates the brain.”

A 2010 study from Mexico enlisted a sample of 79 patients aged 25-60 years old with low and medium-grade depression. The group was divided into two with the first half (Team A) listening to classical and baroque music for 50 minutes a day for eight weeks while the other half (Team B) was subjected to psychotherapy. The researchers used the Friedman test to compare results and voila, it was discovered that the former had fewer depressive symptoms than the latter. In conclusion, the researchers recommend listening to classical music to help curb depression. 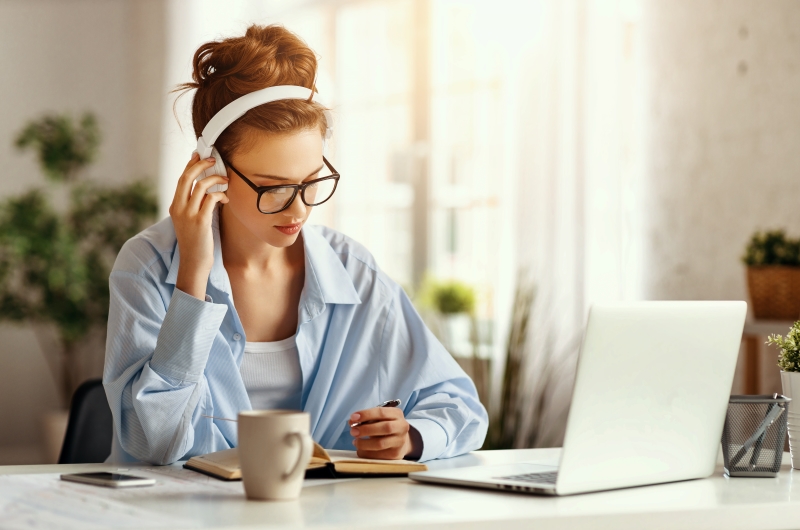 A group of researchers from Stanford University School of Medicine discovered in 2007 that the brain is like a sponge. It can easily interpret absorbed information, during and after listening to classical music. Moreover, it also trains the brain to pay attention and have better reasoning skills. A 2011 study that was participated by 41 boys with ADHD showed better classroom performance for the group when they listened to classical music.

If you need motivation, another study discovered that classical music could also help energize you. When you are highly motivated, you become increasingly productive.

6. Classical music is a sleep enhancer.

Want a better quality of sleep? Listen to 45 minutes of classical music before closing your eyes and drowsing off to sleep. This has been found to not only enhance your overall rest at night but would also promote better quality throughout the rest period. 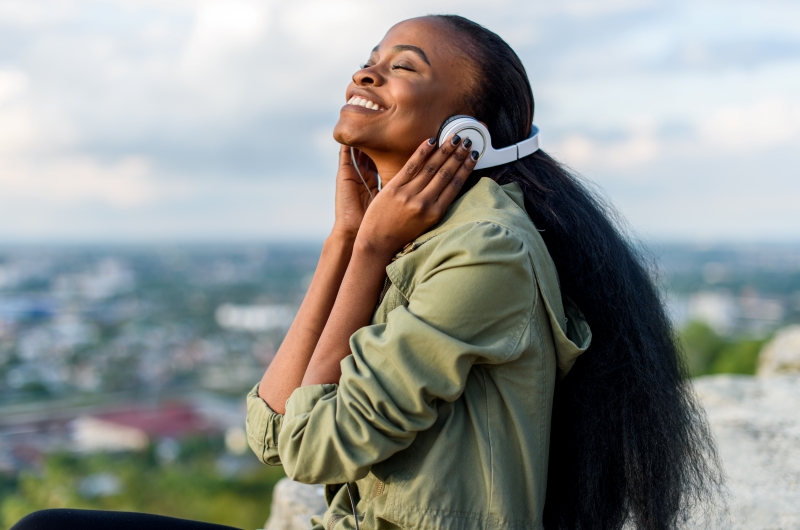 7. Classical music is a mood lifter.

To activate pleasure in the brain, the hypothalamus would release a neurohormone called dopamine. The brain releases it while doing pleasurable activities including listening to classical music. 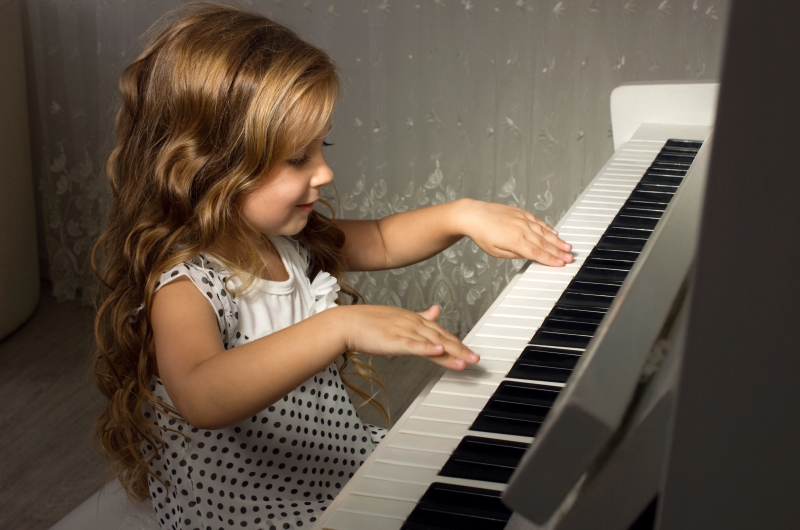 Listening to classical music or playing it in your speakers will positively impact your household. It may improve your kid’s overall performance in school. Why not level it up and enroll your children in a classical instrument class?

Make your kid’s study station even more perfect by placing a piano beside his or her Electric Height Adjustable Ergonomic Study Desk from Flexispot. Aside from learning how to play a musical instrument, your kids would be reaping health benefits from the new skill. 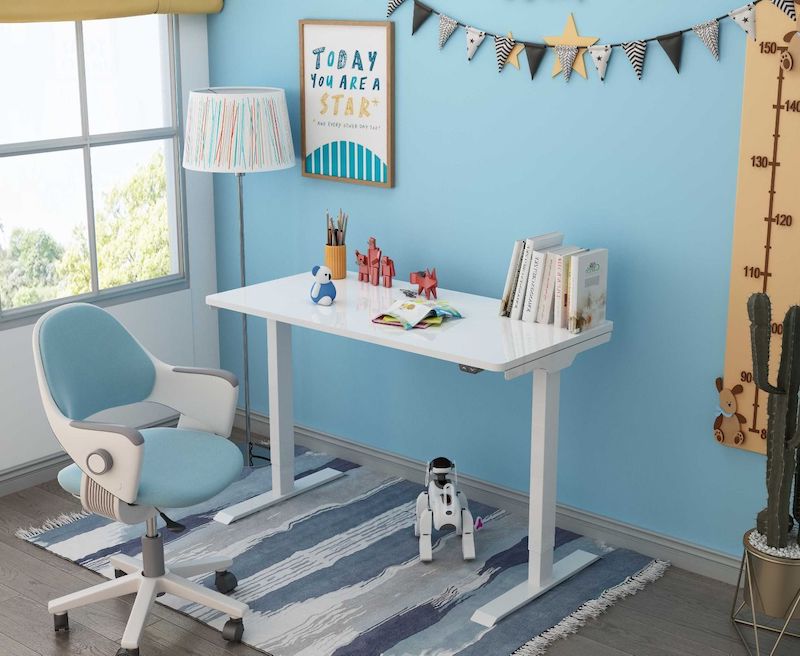 Featured Product: The Height Adjustable Ergonomic Study Desk is great for kids and teenagers because its height range is from 29 to 48.6 inches, accommodating those who are 4’8 up to 6’3 tall. Its motor has been tested to make sure the desk is stable and whisper-quiet. Its keypad is a simple up and down panel that could easily raise or lower the height of the table. Moreover, the thick worksurface is 1” and is constructed from an environmentally friendly chipboard.

If you don’t want to listen to classical music because you think it’s boring, then you’re missing out on its health benefits. If you are a parent, consider listening to classical music with your kid. Throughout their lives, classic music will help improve their brain functions and uplift their overall mood.